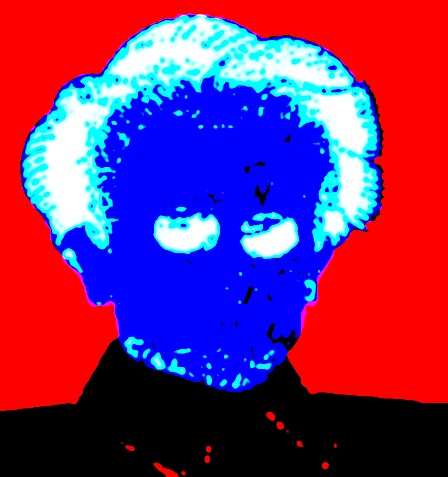 Antonio Gramsci was born in 1891.  He died in 1937—at the age of 46.  I am two years younger than that today as I write these notes on the first section of the Cambridge University Press edition of his Pre-Prison Writings.  That is to say, I will make comments on texts dating from 1914 to 1918, most of them newspaper notes, written when he was between the ages of 23 and 27.  (I finished my dissertation at the age of 29, disowned it, and worked for ten more years on the manuscript which became my first book, hoping no one ever deems it necessary to go back to anything I wrote before then.  So I do not wish to do to a young Gramsci anything I wouldn’t want visited upon myself.)  I want to note some issues or problems that I found worthy of further thought and investigation.  That is, even as I find myself in agreement with many of the criticism raised in the previous blog entries here, what I want to set down, at the moment, are the ways in which I would image a possible, though difficult, tarrying with Gramsci.

I want to suggest a different way of looking at Gramsci’s unabashed endorsement of Idealism in these pages.  In fact, I want to suggest that this is the closest Gramsci got to the existential analytic of dasein—from which he distanced himself, at least according to the general undersatanding of Gramsci today, but which might yet make way for an infrapolitical Gramsci.

Going back to Marx, this would be “to understand that adopting the standpoint of the proletarians in a state of ‘permanent’ insurrection resulted not so much in putting an end to idealism, but in installing the materialism/idealism dilemma—the perennial

question of their difference—at the very heart of the theory of the proletariat and its privileged historical role” (Balibar 27).  I don’t wish to insist on any subject’s privileged role, though.  Only on the idea that in terms of the existential analytic of dasein Idealism has at least one priority: “If what the term idealism amounts to an understanding of the fact that being is never be explicable by beings, but is always already the ‘transcendental’ for every entity, then the sole correct possibility of a philosophical problematic lies in idealism” (Heidegger 200).  In Gramsci this played out in a very specific way. Allow me a digression before I turn to a comment on something that informs my way of looking at the present situation.

In “Socialism and Culture” (1916), Novalis appears as a way to clarify the “supreme problem of culture:” “that of taking charge of one’s transcendental self, of being at the same time oneself and the self of oneself” (8).  In order to know others, we must first be capable of understanding ourselves perfectly, claims Novalis/Gramsci.  Giambattista Vico is adduced to give this notion, to know thyself, a political slant in a gloss on Solon’s maxim: “Vico maintains that, with this phrase, Solon intended to provoke the plebeians, who  believed themselves to be bestial in origin, while the nobles were of divine origin, to reflect on themselves and recognize themselves as  being of the same human nature as the nobles, and therefore to claim  to be made equal with them in civil rights.  And he then identifies this … as the basis and the historical reason for the rise of democracies in antiquity” (8-9; italics in original).  At issue here is “the scope and the principles of a true understanding of the conception of culture, and of culture in its relation to socialism” (9).  Culture is not encyclopedic knowledge—which Gramsci saw as harmful.  We are back to Spirit/History: “Culture is … the organization, the disciplining of one’s inner self; the mastery of one’s personality; the attainment of a higher awareness, through which we can come to understand our value and place within history…” (9-10).  All of this spiritual striving, however, is not anything “spontaneous” or “beyond the control of our wills” (10).  That would be nature, unchangeable, within the realm of “ineluctable laws” (10). But we are, on the contrary, creatures “of spirit”—which, in this context, means “a creation of history, rather than nature” (10).  Yet what can we make of all of this if there is no perfectibility, if there is no “sense” and order leading toward the final raid/revolution?  Let us take a step back.  The supreme problem of culture is for all of us to be able to discern that there is no difference between those who have a putative divine line of descent and those who are mere animals.  Rather than put the emphasis on the distinction human/animal, or gods/animals, I want to underscore the way in which the human-animal is here also the knot between a materiality of the spirit and an eventual void piercing through the available knowledge.  We are spiritual-historical creatures to the extent that we can inhabit that void in knowledge that is our ongoing transformation as spirit-history.  Critique is another name for this ability to inhabit that hole in knowledge.  For Gramsci, however, all of this is still moored to the political hopes of a more coherent, logical, ordered and perfect world: “To know oneself means to be oneself, to be master of oneself, to assert one’s own identity, to emerge from chaos and become an agent of order, but of one’s own order, one’s own disciplined dedication to an ideal” (11).  One must know the misery that others have created for us, in order to be able to replace it with a civilization of our own (11).  If for Gramsci history-spirit is a chain of events leading to our liberation of prejudice and idolatry (12), then “civilization” itself must not become either a prejudice or a form of idolatry.  What is the chain of historical-spiritual events if it is not a drive toward the ideal, toward a telos, toward a more perfect order?  I put forward the following: it is the presentation of an abyssal experience that we have systematically refused to face, in which the systematicity in question has been the various ways we have projected a desired order of things.  Words like destiny, order, god, life, and so many others, have organized our collective ways of projecting that there is something covering over the that void.

Gramsci’s sense of that abyssal experience is also palpable.  In “History” (1916) we find both the abyssal experience and the way that “life” is called upon to lessen the anxiety that experience produces.  “Give up to life your every action, your every ounce of faith,” writes Gramsci (13).  But even that can leave you with the sense that “something is missing”: “You are in the world, but you do not know why you are here. You act, but you do not know why. You are conscious of voids in your life; you desire some justification of your being, of your actions; and it seems to you that human reasons alone do not suffice” (13).  “You are,” he adds: “like a man looking at the sky, who, as he moves further and further back through the space which science has mapped out for us, finds ever greater difficulties in his fantastic wanderings in the infinite until, arriving at the void, and incapable of conceiving of this absolute void, he unconsciously populates it with  divine beings, with supernatural entities, to co-ordinate the vertiginous, and yet logical movement of the universe” (13-14).  According to Gramsci, these are inferior manifestations of the self, “purely instinctive, mere uncontrolled impulses,” and religion is the way that most seek to deal with them (14).  In stark contrast stands “the force of life itself” (14).  One must historicize and draw out the unfolding of religious impulses, for once one can trace a phenomenon back to its origin it will have been overcome: “To make them an object of history is to recognize their emptiness” (14).  But note the key operation in this passage: the void in question has shifted place from the sensation of arriving at a place where the ground is lacking (over which a religious answer is projected as a way to cover it) toward the emptiness of the religious answer itself.  It is history-spirit that will offer “the explanation to our existence” (14).  History-spirit cannot be supernatural.  However, this materialist understanding yields all too quickly to a different kind of faith: “revelation. If something still remains inexplicable, that is due only to our cognitive deficiencies, to the still imperfect grasp of our intellect” (14).  The whole is knowable, even if do not yet know all of it.  The past will be with us no longer as our shadow, but illuminating the way to a better future.  Gramsci is not shy about this secularization of religious categories: “Our religion becomes … history.  Our faith becomes … man, and man’s will and his capacity for action” (14).

What emerges is a fight against two different kinds of knowledge.  On the one hand the encyclopedia of all the fact that contribute to the permanence of the ruling class power; and, on the other, the knowledge that emerges once proper cognition of the historical process is gained.  One jumps over the abyss that opens in the dissolution of the first—which includes not just the narratives that legitimize a certain ruling structure, but also all of the metaphysical certainties that were the diving dictate from on high—to land on the certainties of a capacity for constructing the better world.  Between the first and the second form of history-spirit lies the recuperation of all that had been occluded in the past.  All is now light: “a past which illuminates” (14).  It is important to add that this kind of history is “the richer history which is not written in the history books” (30).  This illuminating past is “the bond of solidarity,” “the bond of shared humanity”—“the light which millions of Italians see by, … which illuminates the world for them…” (30).

On a different front, I would like to not that today it is impossible to read these texts without feeling their historical distance.  They are intimately involved in the context of WWI and the Russian Revolution, and they orient themselves therein in a way that is difficult to abide with today.  Gramsci makes clear some of the things that would be unconscionable for us to assume today.  Consider the tangled web of consequences derived from the class struggle.  For us, it has become ever clearer that “the class in power” will never “assume its responsibilities,” will never “carry its premises through to their logical conclusions,” will never “submit to an examination of the way in which it has been preparing for the … present miserable state” (5).  But for Gramsci, such a reckoning was also the only way to restore “the dualism of the classes” (5).  That is, only in the recognition of this failure would the dualism of the classes become clear.  No one today would even imagine to make such a demand of the ruling class in earnest.  The ruling class today simply ploughs through with the construction of its narrative.  It accepts responsibility for naught.  Thus, today, we believe neither in destiny nor in dualisms.  Given Gramsci’s presuppositions, this would make it difficult to sustain a belief in “the passage of civilization from an imperfect form to a more perfect one” (5).  This is also our inability to believe in progress.  But I leave it at that.