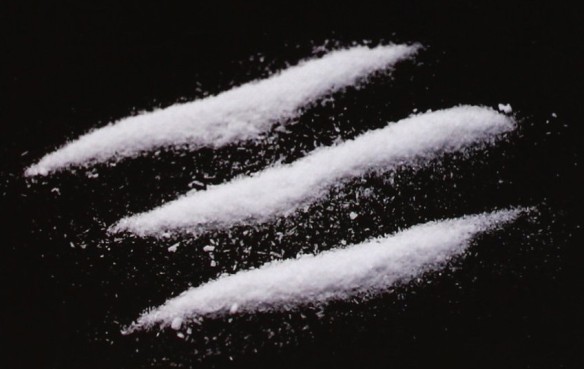 I found a lot to be scared about in these first 100 pages—as I’m sure others will have. The insistence on the organic character of social life, the biological metaphors about the communal body, the aggregating molecules escaping bourgeois society to form higher-level compounds, and so on and so forth, these are all metaphors worth thinking about, especially in these years, especially after identity politics has become a norm, and especially after the symmetrical backlash that politics has generated—the politics we, or rather people with a stronger stomach than mine, endure every day at 6:00 pm. We may discuss these scary metaphors, but I am not sure we would find a lot to say—I am not sure *I*, at least would find much to say beyond marveling at I once deemed necessary to fight them, at how I thought urgent to reject the hold they seemed to exert.

Of cocaine, moral fiber, and redemption

I find Gramsci’s reflection on cocaine more interesting—perhaps, because they may offer an alternative path through the organicist bric-à-brac that avoids falling off the cliffs of nostalgic reminiscences marking little more than age. There are two passages I have in mind, both from p. 71. Gramsci is commenting about the drug users in Turin and Bologna who will walk free since cocaine consumption is not a crime. They’ll walk away as they should, innocent as they are of actions that are the necessary consequence of bourgeois society, he claims:

“It is quite natural that this kind of putrid scum will be produced: people without ends, without morals, without history. […] Pure animality, the pleasures of the senses, the mechanical action of nerve and muscle. […] I am amazed that so *few* slip down the slope of destructive pleasures.”

The explicit dualism underwriting this statement is remarkable in itself, even though it is not completely clear at which level it is pitched. Ontological, à la Kojève? Or is it purely axiological, à la Kant? But perhaps even more interesting is that last phrase, “destructive pleasures.” (I wish I could find the Italian, btw, but this piece is not included in the publicly available selection of his writings). It is easy to let your eyes skim over a trite clause used and abused when talking of drugs. But let us think about it for a second. Are the pleasures destructive because it is cocaine that triggers them, or are they destructive because they are pleasant? It seems pretty obvious to me that the latter interpretation is much better, otherwise the previous line about pure animality would make no sense. And what is the remedy to these dangerous pleasures whose looming destruction should have felled many more than it did?

“Work is the only thing that confers moral impulses: it is the crucible in which the spiritual essences that can give a meaning to our lives are volatized” [1]

Really, Antonio? I would be tempted to gloss. Really, in 1918, right at the end of the most destructive war in the history of Europe, right in the middle of famine, poverty, and overall sorrow you are extolling redemption through work? Would not have been more courageous, more daring, more in tune with the spirit of the times whose necessary path we are claiming to follow to praise pleasure against work? Shouldn’t the revolution abolish work—and not just meaningless work, but work altogether, as even Marx claimed? (Not always and not very consistently, to tell the truth, but he still claimed it). Should not that be the promise, the great ideal that wold override the petty details of the misguided utopian thinkers?

What if the road across the swamp of the organic society would only go through pleasure—the pleasure of the senses and the mechanical action of nerves and muscle,” as it were? What if it is cocaine that may redeem us from work?

That is a question I think we will want to discuss, or at least keep in mind throughout this Gramscian journey we just started.

[1] The translation here makes little sense and the crucible metaphor, as written, goes obviously against Gramsci’s meaning. I think he must have written something like “l’essenza spirituale si cristallizza” o “si distilla.” It certainly does not evaporate…