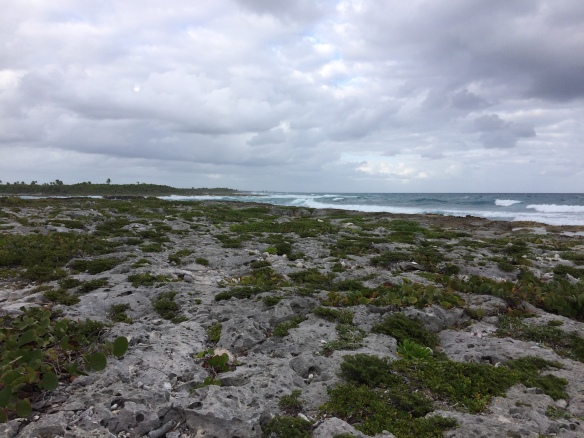 I am extremely pleased to be here to discuss this book, since it is a very good book, and I mean a “good book” in some sort of “technical” sense… that I would like to try sketch out here as a preliminary self-absolving preamble to my remarks referring to Bennington’s notion of reading.

Good books in a “technical” sense are those books that talk to you in a way that triggers a powerful mixture of projections and magical thinking that makes you feel like what you are reading is concerned about your very own thinking. That is to say – if you allow me to play a little bit more with Heideggerian terms – not that what you are reading somehow reminds you of some dispersed thoughts that initially and for the most part occupied your mind, rather it means that your thinking concerned about your own existence seems to be at stake in what you are reading. Neither this or that everyday thought, nor even a particular “I-have-thought” or “I-was-just-thinking,” but rather an originary thinking that embodies the ecstatic character of temporality and the priority of the future in it. One could say that, technically, “good books” are those books that let themselves be read as though they were concerned about your thinking as thinking that has always-already been there as what is-to-be-thought, as thinking that is projecting toward a potentiality of thinking that has always been there. Ultimately, I am suggesting that we could then define “technically good books” on the basis of such an experience of undecidability between reading and thinking that is at the heart of the reading as Bennington suggests. The specific task of reading is always already exposed to (quote) “potential confusion of authorial ‘voices’ and responsibilities –of who is saying what, who is signing or countersigning what in whose name-“ (55) (end quote). And, such confusion opens up to moments of  undecidability and potential for Täushungs (self-deceit) that concern both the “content” of the reading and the fact of the readings themselves.  So, the sort of intellectual vertigo that marks the experience of a good book, is one of the degrees of undecidability involved in reading, intended as interruption of the hermeneutic closure, to which Scatter1 attests. On this ground, pushing it a little bit further, good books would be those that offer the Kairos for a reading to the extent that they offer a moment of undecidability, that is a moment (an Augenblick) of both “in-sight” and blindness, namely, a moronic moment (see 183). In this sense, the reading of good books always already enacts the “politics of reading,” a decision that interrupts the undecidability at the same time that it interrupts the pretense of interpretative fulfilment.

Ok, maybe, I could have just said that I really enjoyed this book which is very subtle in its analysis and elegant in its argumentative structure, and it gave me plenty of food for thought, but this wouldn’t have given me any excuse to say that if my remarks on “pseudo-Bennington” sound moronic this is none of my fault since it is the book’s itself…for being a good book.

My reading of this book and of the ongoing argument presented – which is indeed not so scattered –  has been marked by the fantasmic presence of many entangled layers of thinking where I dwelled in one way or another for  many years, as well as by the active intrusion of my reading of the multiple readings hosted by another good (even if maybe a little too ambitious) book -Reiner Schürmann’s Broken Hegemonies– and, lastly and more relevantly, by the overall projection into and toward the thought of infrapolitics.  The only – still completely self-referential – way to try to summarize and frame the countless inquietudes, questions, and suggestions emerging from such an explosive mixture is referring them to the relationship between philosophy and community, or maybe in the triad politics-philosophy-community taken in the broadest possible sense.

Behind the doubling up of politics in the locution “politics of politics” where Bennington’s reading starts, there is the inability of dogmatism and moralism to exhaust the realm of politics, to capture it into their normative conceptual structure. Behind this kind doubling up that does not invest only politics, but actually any other practice and or discourse concerned with it, there is an inability of teleological thinking to exhaust the possibility of Being, or rather, Being as a possibility that is always already the possibility of failure, or of the pseudos as primordial distortion. Such an inability calls for an intervention that interrupts with a foolish decision both the attempt of teleological closure of the political by political philosophy, that is also the attempt of metaphysical closure of Being, as well as (it interrupts) the misery/ordeal of undecidability which will still mark, in the mode of spectrality, the decision itself.  “The politics of politics” is a mode of a double rescue of politics from teleology both from its inherently autoimmune (self-destructive) logic – which indeed, as shown by deconstruction, affects all ethico-political concepts worthy of the name, as well as from its failure in exhausting politics.  Such a doubling up of politics is a rhetorical-political gesture that interrupts the teleology, but saves the eskhaton. This eschatological dimension, separated and rescued from teleology, is the possibility of politics in the form of the possibility a scatter of eskhata, of events of decision emerging from the undecidability of truth.

Here is my main inquietude. What is at stake in the ontotheological approach to the undecidability of truth, that is, substantially, the moralistic-dogmatic denial of it, is a certain task of philosophy. What this originary possibility of deceit threatens is, overall, philosophy’s role with regards to the community. As Schürmann put it- this is promoting “the koinon to the level of normative instance capable of consoling the soul and consolidating the city” (9).  There is no room for the equi-primordial pseudos, for originary possibility of distortion or deceit, if the philosopher needs to be able to console the soul and consolidate the city, that is, to absolve of his public function posing the koinon, the common, the norm that legitimizes theoretical and practical rules, as the bond that binds a community. To secure the stability of the laws governing knowledge and acting of the community, to preserve the norm that legitimizes theoretical and practical rules that bind the community, the traditional (political-)philosopher needs to secure the logic of subsumption without remainder through what Schürmann calls the denial of the transgressive withdrawal of singular and of the tragic condition, meaning the denial of the ordeal of undecidability of truth. Ultimately, to preserve the public duty of the philosopher, to secure his function of consoling the soul and consolidating the city as what Schürmann calls the “professional philosopher” – which is (quote) “an altogether bureaucratized version of the philosopher-king” – is what seems still to be at stake both in Foucault’s reclaiming of philosophical parrhesia, as well as in Heidegger’s Entschlossenheit.

But, how should we then understand the deconstructive and deconstructed triad politics-philosophy-community?  The scatter of eskhata gathering up in the idea of politics of politics certainly cannot be regard as something that builds and organizes something like “an historical community of destiny,” of a community worthy of its name. But if this is the case, this means that – and I guess this is my own haunted decision in this reading – that such a rescued dimension of politics can only be thought as posthegemonic politics.  And, that in this sense the thinking of the existential unconditional conditions of such a politics, the excess, the dignity of life that is since it is marked by the “necessarily-possibly-not” in always already a demi-dignité, seems to be what we have been calling infrapolitics as a common name, a demi-title that happens to gather a scatter of readings (sometimes of good books), that is indeed haunted by its always-necessarily-possible indignity. [1442words = 11min.]

1 thought on “On Geoffrey Bennington Scatter 1: The politics of philosophy. By Maddalena Cerrato”